The Three Levels of "Digitalness" 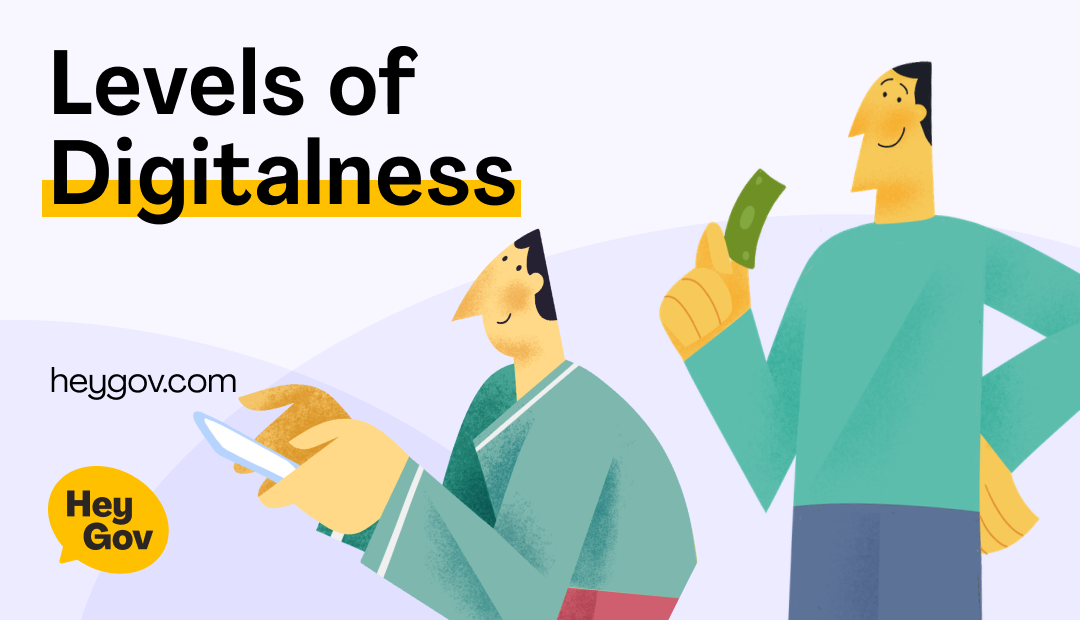 Here are the three levels of society's citizens. It's three versions of how digital each person is within your community. Where do you fit in?

On the far end of the spectrum, the lower end, that is, are the Digital Dinosaurs. These are the ones who don't really understand the latest technologies. They're the ones who were born sometime in the last century.

These are the people who saw the world evolve from manual typewriters to electric (both largely extinct!) They remember the first time they used a copy machine, and likely called it a Xerox machine. They may have even learned to do multiplication using a slide rule. (again, something that is extinct!) They were probably people old enough who gathered in the living room to listen to radio shows before they got a black and white TV (also very extinct!)

Needless to say, this generation of people is the furthest away from being a Digital Native. They're more likely to pull out their checkbook and ballpoint pen to write a check than they would use a credit card. These are the ones who are slowing down the "digital evolution" in a local government. Many people working in local government think they need to "dummy down" the offerings of a municipality to the lowest common denominator: Digital Dinosaurs.

But this isn't being inclusive. Instead, it's being exclusive. It's leaving out the Digital Natives.

At the opposite end of the spectrum, the highest and most advanced end, is the Digital Natives. These are the ones who have grown up completely surrounded by technology. They don't know what it's like to not have a cell phone with them at all times. They're highly dependent upon being connected online.

The Digital Natives don't understand why anyone would use a paper map when you could just pull out your phone and get a turn-by-turn navigation. They're the ones who don't think twice about sending an email, texting or using social media to communicate with others. They embrace new technologies and love trying out other popular apps.

The only thing consistent with these digital natives is change. They adopt and adapt to new things in a way that is fluid and natural. They don't need to be taught how to use technology, they just pick it up and run with it.

The digital natives are also the youngest part of the demographics with regards to age. They are the ones who will be most likely to use the digital services of a local government (assuming their municipality would offer them).

All Millennials are Digital Natives. And do you know what? They are the largest demographic in the US! This is why it's so important for any municipality to understand the needs of Digital Natives, and make sure they're providing services that cater to this group.

These are the folks who weren't born with a smartphone in their hand, but they are very comfortable using technology. They may communicate with others using email, Messenger, Whatsapp, and texting. Heck, they're able to do video calls using FaceTime, Zoom, or Google Meet. They grew up with Skype, and some of the older group might still be hanging onto Skype...

When it comes to paying bills, they're checking their bank balance using an app on their phone. If they need cash, they're probably using their debit card at Walmart and pulling out an extra 20 bucks. When they go to the bank (which is not often), it's only because they're running other errands, and they'll just use the drive-through (because Fido sitting in the back gets a doggy treat from the teller.)

They ditched their digital camera a couple of years ago when they saw how convenient it was to just use their iPhone's camera. It was easier for them to share images on Facebook or take a picture of a menu and zoom in to read it because they forgot their reading glasses at home.

By understanding how society interacts with technology and who the Digital Natives, Adopters and Dinosaurs are, you will have a better picture of who needs what within your local government.

Chances are, you already have your forms and license applications in PDF format. And, of course, you accept payments in form of cash and check. (And you've probably done this for 50 years, long before you were in your role).

So, therefore it's time to change with the times.

It's time to unlock the ability to provide a "new way" of delivering your services.

Not only does this provide more convenience to Digital Natives and Digital Adopters. But it streamlines your workflow. You have less paperwork to physically handle. It's all online. It's all cloud-based.

You can pull up information, and generate reports from your computer as easily as you can on your phone.

Digital government doesn't have to be something only a select few (read: Digital Natives) use. It can provide convenience for the entire community

That's a win-win for everyone.

It starts with modernizing the digital services your municipality provides. Investing in tools, software and platforms that can allow you to access information from anywhere, at any time. By doing so, you're creating an environment of convenience where citizens don't have to rely on your time. Digital government becomes a Self-Service Government.
(Heck, Walmart provides self-service checkouts -- your municipality could provide self-service forms and payments!)

Onboard with HeyGov’s White Glove Service

Drop-in on our weekly Demo

Learn more about how HeyGov can help streamline your municipality. Attend a weekly “Drop In Demo” to see the world's most advanced municipal payment system. 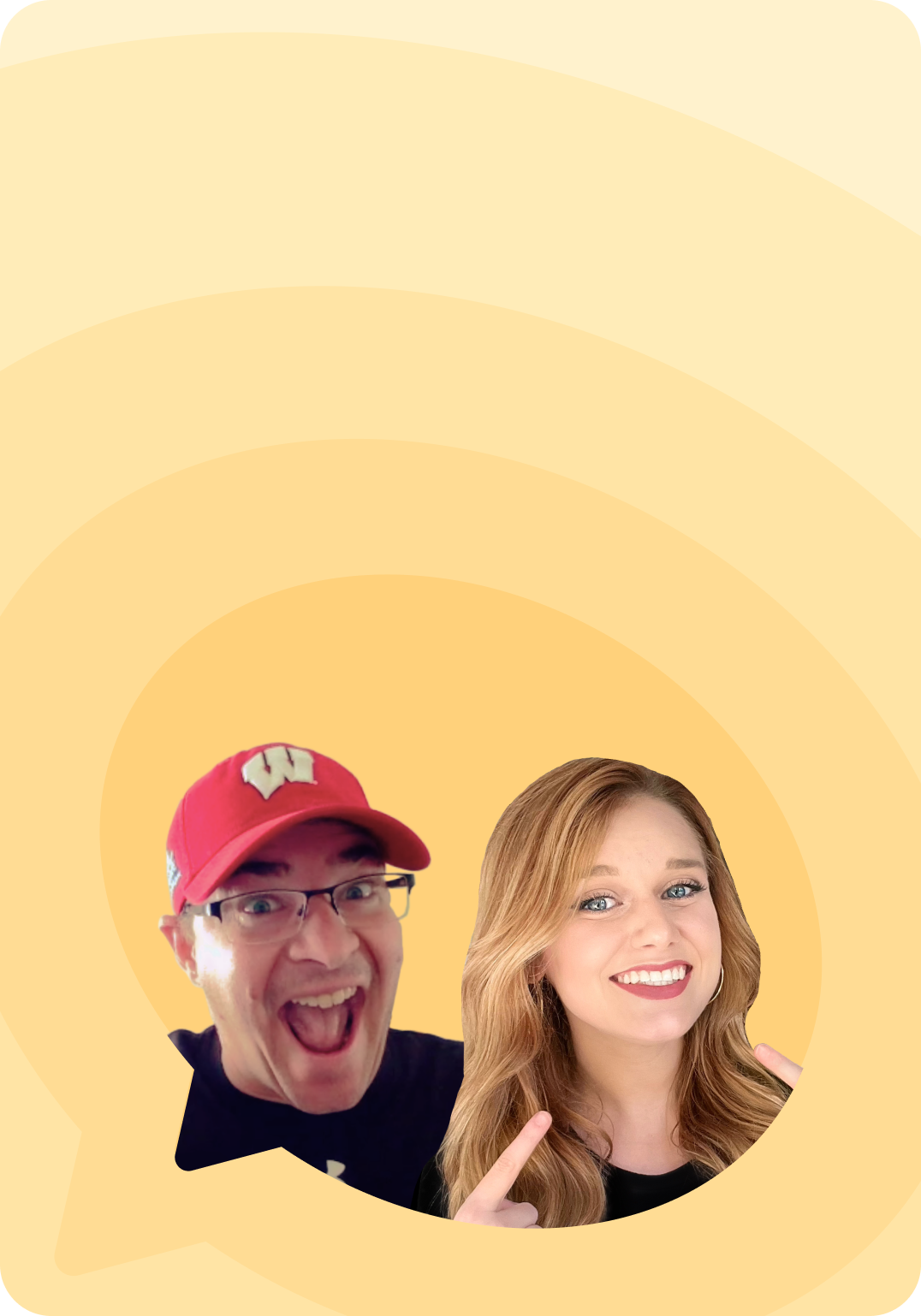